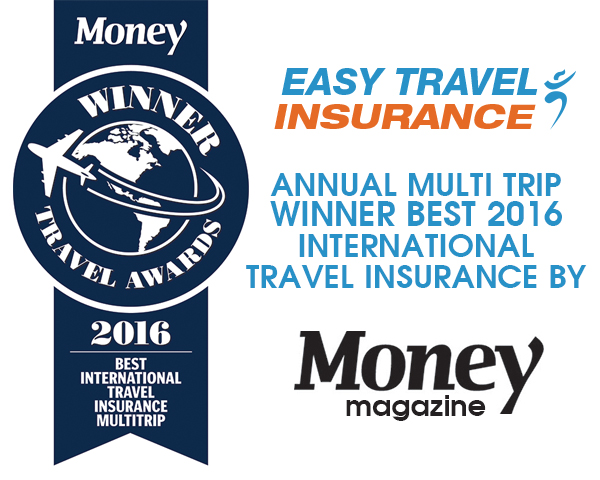 As you trek around foreign destinations and get to grips with currencies both familiar or sometimes a little less familiar, do you ever wonder where your humble Buck, Quid, Smacker or Dead President comes from? Read on to be amazed at the origins of the humble cash (or plastic) you use every day. Currency DNA unravelled...

The origins of most of the worlds currencies are rooted in the oldest method of trading - swapping or bartering goods or services of equal or similar value, in Latin, 'quid pro quo' meaning 'one thing in return for another' - this process worked extremely well for most people in village life dating back to the start of civilisation, but as you begin to trade out of your immediate circle of family, friends and other villagers it becomes harder and harder to find a person who has the goods or services you require, but who also wants something you can offer in return.

Soon enough the idea of trading a token or IOU was adopted and in many cases a unit of weight was used, be it a peso, troy ounce or a pound or rouble of silver.

The dollar, is probably the most commonly used currency denomination, being minted far and wide across the globe in countries such as Canada, Hong Kong, Taiwan, Liberia, Namibia, Jamaica, Fiji and of course Australia and New Zealand. The United States dollar is also legal tender and the official currency of a number of other counties such as Panama, parts of the Caribbean, El Salvador, Ecuador and closer to home in East Timor.The name has its origins in Europe, originally starting out life as a 'thaler' the shortened version of Joachimsthaler, the name given in 1518 to some of the first minted coins made from silver mined in Joachimsthal in Bohemia (now part of the Czech Republic). Later the coins were widely used throughout the Middle East, gradually morphing into a 'daler' before eventually settling in its current form and spelling as the commonly recognised, dollar. So how do we get from five dollars to five bucks? There are a number of theories doing the rounds for the first use of the slang name ‘bucks’ being seated in the slave trade and poker gaming chips but the most convincing hinges once again on the trade and barter of goods, or more specifically buckskins, back in America's colonial frontier days when animal hides were big business and were revered much like ‘the folding’ in your wallet is today.

The pound is also relatively popular as a currency being used by Syria, Sudan, Lebanon, Egypt and the United Kingdom and like many other currencies such as the Spanish peso, the Russian rouble and the Italian lira its literal meaning is a unit of weight. The British pound started life way back in the year 760 in the Latin ‘libra pondo’ or 'pondus' meaning a weight, gravity, importance or influence. The word sterling, it is thought, comes from the Norman word esterlin meaning little star or perhaps from the Arab word for money, lesterling. Whatever the origin, the word sterling became synonymous with quality as it was widely accepted that the quality and purity of silver used to mint the original coins was of such a quality that the raw value of the silver used to make the coin was worth the same as the denomination - a pound of silver, a pound sterling!

The idea of a silver coin is not limited to the pound though as many other currencies draw on this precious metal for its heritage. The Indian and Pakistani rupee derives from the Hindi word ‘rupaya’ and the Sanskrit word ‘rupya’ along with the Indonesian rupiah all meaning a coin of wrought silver, whilst countries such as Jordan, Algeria, Serbia and Kuwait all use the dinar which comes from the silver coin used by the Romans, the denarius.

Other countries adopted a similar naming strategy but using gold as the base metal in the coins’ minting - Hungary, Poland and South Africa all have their currencies reflecting the dazzling gold content - the South African Rand receives its name from the mining area around Johannesburg called Witwatersrand which is rich with gold deposits, the Polish zloty literally means golden and forint in Hungary comes for the Italian name for a gold coin, fiorino.

In China the official name of their currency, renminbi, means 'the people's currency' but AKA the yuan or Chinese dollar, being a unit of the renminbi, like the Japanese yen and Korean won the name stems from the translation of 'round' or 'round coin'.

Crowns have featured prolifically on coins of the realm in a significant amount of countries, where once again Latin features in the currency naming protocol in the form of ‘corona’ meaning crown. Scandinavian countries lead the list of Royal Crown coins with the Danish krone, Icelandic króna, Norwegian krone, Swedish krona, the Estonian kroon and the Czechs' feature again in the honours list with their koruna.

The franc is almost unique in that its roots do not come from the metal content of the coin or relating to its weight or value but as the official currency of France the first coin minted in 1360 to pay the ransom of King John II of France featured the king riding free on a horse. Not surprising then, that earned the coin the name ‘free on horse’ which in French is 'franc à cheval'. The introduction of the Euro has seen the franc, along with many other European currencies, all but disappear on home soil but the influence of the once sprawling French empire has seen francs adopted in a host of countries throughout Africa as well as the many countries closer to home including Belgium, Luxembourg and Switzerland to name but a few.

I can hear the pirates amongst you asking "Why no mention of 'pieces of eight'?" The early Spanish real or more importantly 8 reales were equal to one silver peso or Spanish dollar which uses a symbol with one vertical line through an S making it look like an 8 - hence the old slang term, but with 2 vertical lines through the S the US dollar symbol is often confused with, but is worlds apart from its Spaniard cousin of old. Hankering once again in Latin influence the pre Euro, Germaninc mark comes from ‘marca’, ‘marcha’, ‘marha’ or ‘marcus’ and was also a unit of weight, so with peso meaning weight or more loosely pound in Spanish the Mexicans and a host of other South American countries have or previously have used the peso as their currency following in the global traditions of currency convention.

Latin certainly seems to be a dominant influencer in the money world along with weights and measures, so the Euro which has replaced many European currencies over the past few decades would naturally be bourne of Latin? Wrong, in virtual existence from 1999 and with cold hard cash on the streets from 2002, the Euro sadly holds no great dinner table stories in its naming convention, with no relevance to any unit of measure, famous pirate or precious metal but only that it is a visionary currency, the idea of which was first banded about in the 1920's and again in the 1960's and with the idea firmly in mind, even as the Eurozone struggles in many ways, one has to ask the question "Was this perhaps the start of a global currency idea?"

Bitcoins are now as much a currency as the first pounds or dollars, and as we move to an electronic life on line, it is difficult to see where we will end up.