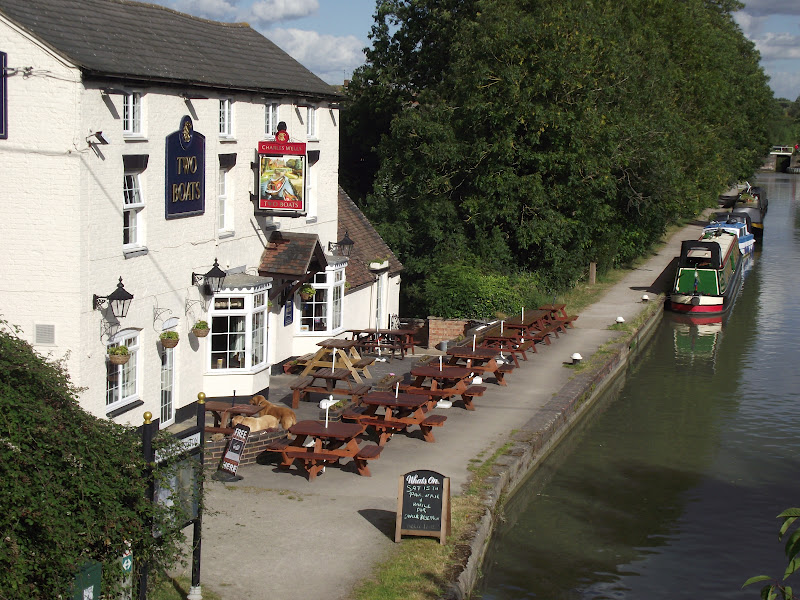 Thinking about a holiday on the English canals? Your questions answered by a lifelong boater

Holidays on the canals are booming with good reason. You can enjoy the peace of the countryside, the sightseeing in historic towns and cities, quaint country pubs, working the locks, seeing the industrial heritage, or just getting away from it all for a really relaxing and enjoyable break, taking everything at your own pace. With a speed limit of 4 mph (6.5 kph) it is impossible to rush you just chug along and relax while you enjoy the views.

What are the boats like? Most of Britain's canals were built with locks 7 ft (2.15M) wide and 70 ft (21.4M) long. This meant that a unique style of boat was developed to navigate along them. These boats are known as narrowboats, however over the years they have also been variously incorrectly described as barges and longboats. During the last twenty or thirty years the system has been revitalised by the development of the holiday industry, and so what was built to transport freight in the 18th and 19th century’s, is now a holiday idea that allows you to cruise along forgotten waterways and see the countryside at its very best.

Where can we go? With over 2000 miles (3200 kilometres) of canals you can plan a route in most areas of England and parts of Wales and Scotland too. The great thing about a canal holiday is that you can do as much or as little as you like. From an easy routes that brings you fresh things to see and do every day with only a few locks or lift bridges such as the Oxford canal.  To a serious workout trip like the Warwickshire ring with lots of locks to work during the day so you have earned your pint at the quaint village pub in the evening. You don’t have to feel tied to your floating home you can stop almost anywhere put the kettle on and admire the countryside with a cup of tea, alternately you can visit the local sights or sit on a village green and watch the local cricket team. And one of the great things about a cruising holiday is you see the surroundings both rural and urban from a perspective that many of the local never have. A boating holiday is suitable for almost everyone, but to make it enjoyable your party should include two fit adults, as you are the captain crew, helmsmen lock operator and chief cook rolled into one,

Do I need to know anything about boats? Absolutely not! While it may seem daunting to be given the tiller and let loose on the waterways it isn’t that hard to do. The hire operator will give you a driving lesson when you set off on your adventure and a good read of the boat handbook and you’re away. Steering is easy once you get the knack and children and people who can’t drive are the quickest to learn that you push the tiller to the left and the boat goes to the right…
I went on my first canal holiday in 1975 and have seen the change from the end of the commercial transport era to the present boom in leisure cruising. If I was to sum up the idea of a canal trip in a few words they would be.