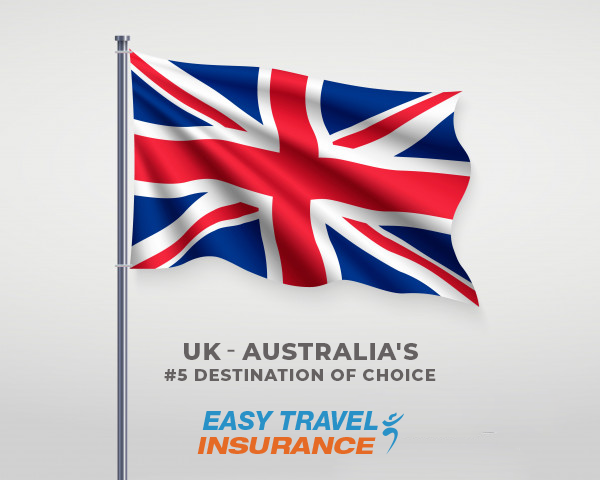 England, Northern Ireland, Scotland and Wales! The United Kingdom has long been a mecca for tourists, a source of migration to Australia, and a tonic for homesick ex-pats; streaming back and forth, following the sun for northern or southern summers and traditional holiday seasons. Newly proclaimed Aussies are well known for showing off their tans to family and friends back home, who then rush south to experience the draw of Australia’s many wonders, and see what all the fuss is about….They ask “Why are so many of our kin deserting ‘ole Blighty for the sun drenched shores of some distant land, when the UK has so much to offer!?” And you know what? They are right! The saturation and quality of entertainment, the magnitude and influence of the establishment, the diversity and tolerance of cultures, history and heritage make the UK the envy of the entire globe, period!

All this excitement is packed into a tiny clutch of islands with landscapes and countryside, chiselled by centuries of human interaction and relentless exposure to the ever changing elements of the famed British weather. Weather with such a terrible reputation that it has been dominating conversations since time began; it has become a silence breaker and a common denominator for Royalty and Commoner alike. However, recent studies have shown that it is not quite the villain the press depicts, even going as far as suggesting the British love a good moan, and the weather is a perfect, defenceless target for their disgruntled ramblings. So now you know you stand a better than 50/50 chance of avoiding the rainy days; how should you spend them?

My favourites include sites of the famous battlefields of Hastings, Culloden and Sedgemoor along with the legacy of the Saxons, Vikings, Celts and Romans. Marvelling at the ancient wonders of Stonehenge, a honey pot for people from all walks of life and beliefs, and the many other henges dotted around the country which have equally dramatic feel and significance. The 4000 year old Avebury monument, and village of the same name built within the circles is a terrific example of an ancient henge but also the mediaeval village is a snap shot of times gone by. Seeing more recent additions to the never ending list of attractions such as The London Eye, Alton Towers, Lego Land or the Eden Project, along with the well-established sights, such as the British Museum, Buckingham Palace, Westminster Abbey, the Tower and London bridges, Houses of Parliament, Edinburgh castle and the iconic White Cliffs of Dover are an absolute must. That said, thousands of years of history are never going to be enough for a Brit, and so they just keep piling on the layers; with year upon year of modern Royal history, scandal and drama being made even as we write! And we haven't even mentioned Brexit yet!

Riding on the back of these history making events, the hugely popular summer timetable of regular gigs and festivals such as Glastonbury, Reading, Leeds, Isle of Wight, ‘V’ and T in the Park has even been eclipsed by one off concerts such as London hosting the modern Olympic games for a record third time, 1908, 1948 & 2012 with the BT London Live concert in Hyde Park marking the closing of the Olympics with quintessential British band Blur as the main attraction and supported by an impressive array of artists including The Specials and New Order. The Queen's Diamond Jubilee celebrations also in 2012 in front of Buck Palace, saw Take That star Gary Barlow in conjunction with the BBC presenting a musical event unlike any other on 4th June, featuring a who’s who of the music industry; headliners such as Dame Shirley Bassey, Sir Elton John, Sir Paul McCartney and Ed Sheeran bought Queen Elizabeth II reign to life with acts from every one of the past 6 decades joining the party.

All of these events offer Britons and travellers from every corner of the planet, a chance to take part in the United Kingdoms’ most spectacular, popular and hugely defended pastimes –Queuing! With closest competitors challenging its popularity, being tea drinking, fishing and darts, queuing is still easily the number one; a fine art in the United Kingdom where locals are very touchy about anyone who fails to “Play the game” fairly and with honour, they will defend their turf to the bitter end. Be aware, queues can form in the most unlikely of places and if you are new to the country you will be amazed at how many people will join a queue, not necessarily needing to know the reason for a queue, or what will greet them when they finally get to the front, Brits will gladly join any queue simply to be in it! As a visitor or returning local, be prepared to join in, if you want to fit in, but do your homework and brush up on the etiquette involved before blundering where angels fear to tread.

Undoubtedly, this most popular national pastime is more than just an opportunity to show the world how patient, organised and civilised the British are, queuing is a chance for England, Scotland, Ireland and Wales to truly shine, be the best at something, and bring home the medals. Even so, for complete peace of mind, ensure you have a fully paid up Easy Travel Insurance policy before you leave the comfort and safety of your own home for the excitement and unrivalled atmosphere of one of the most rewarding destinations in the world.